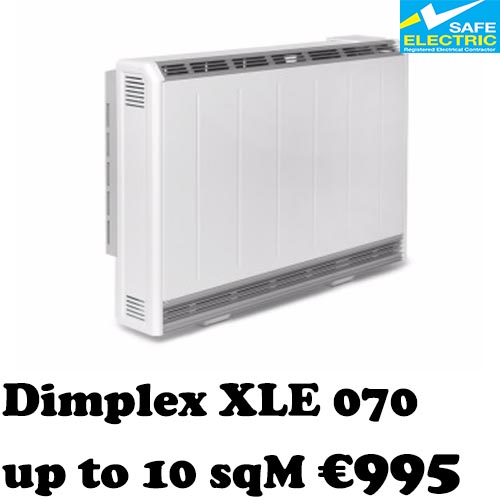 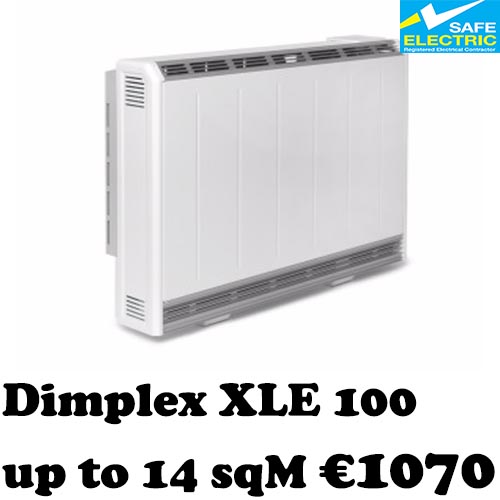 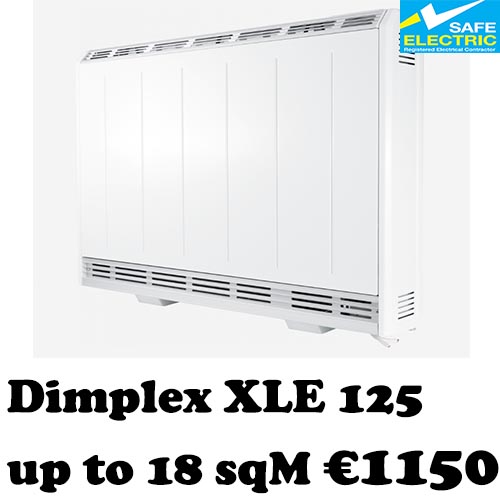 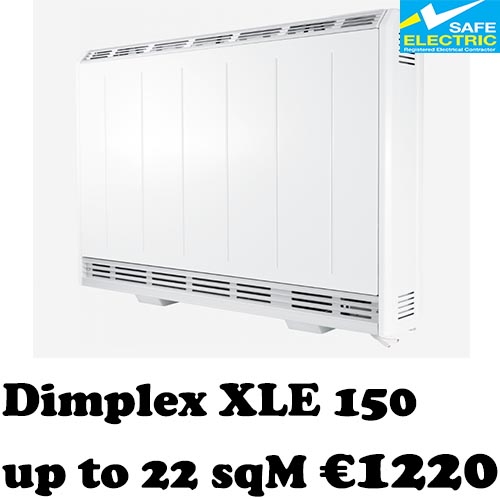 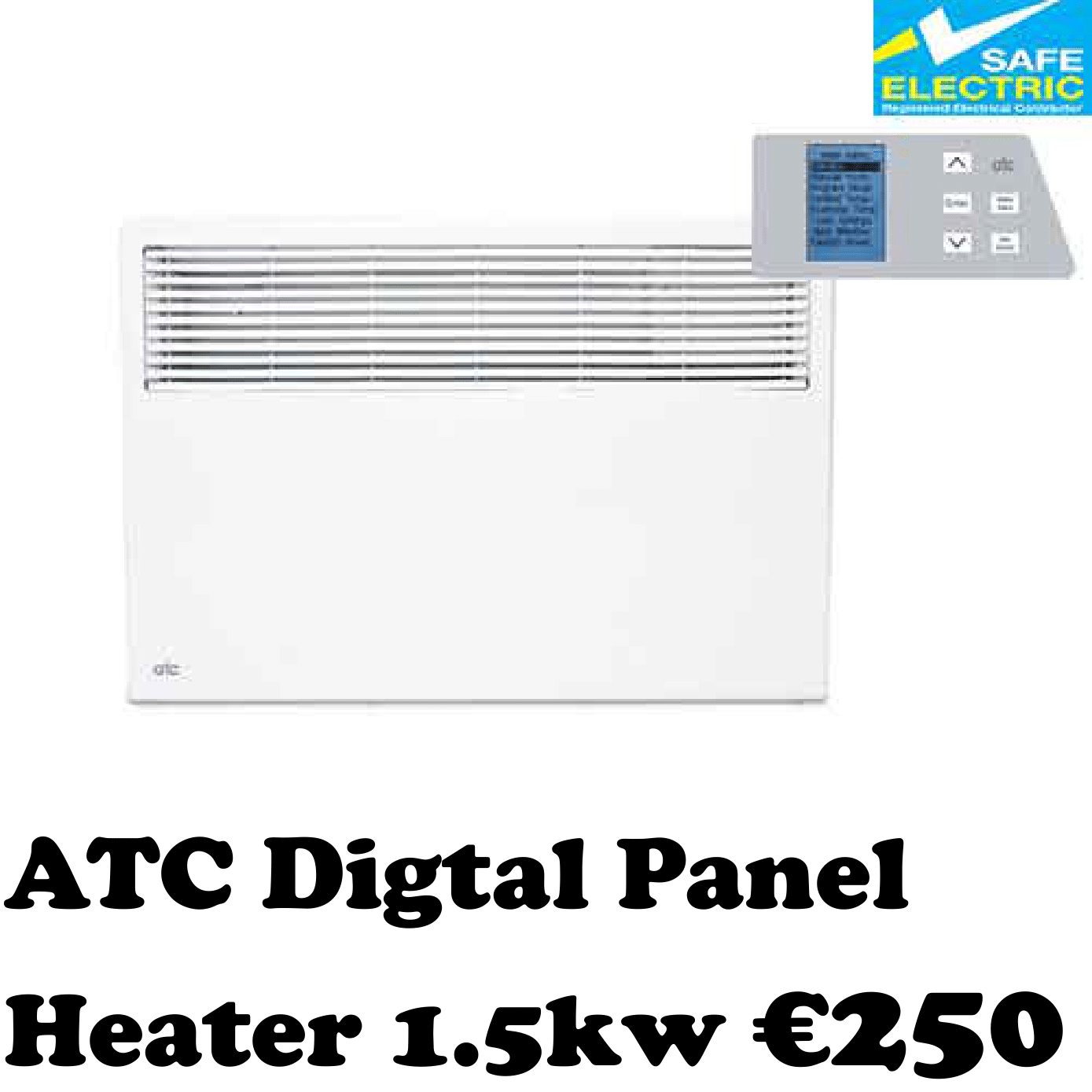 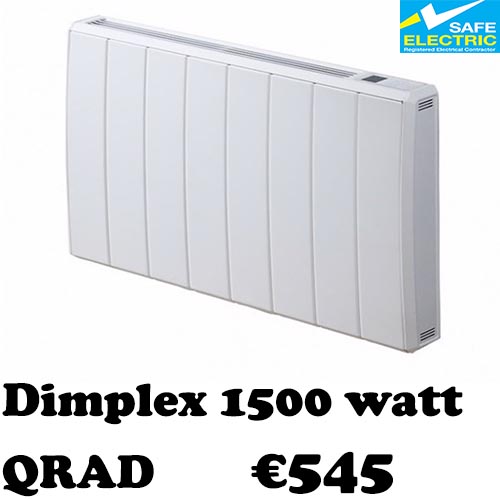 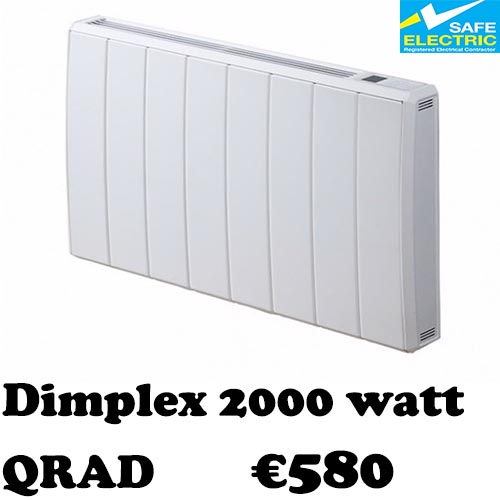 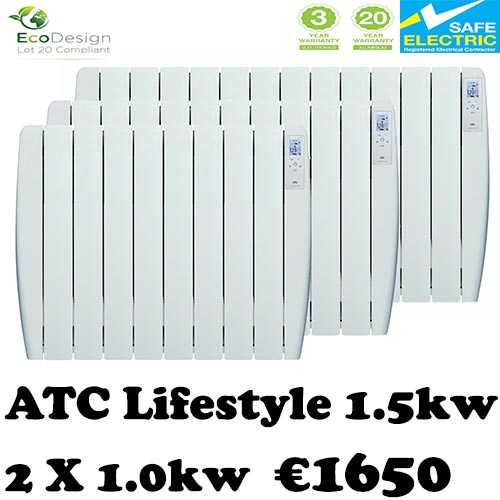 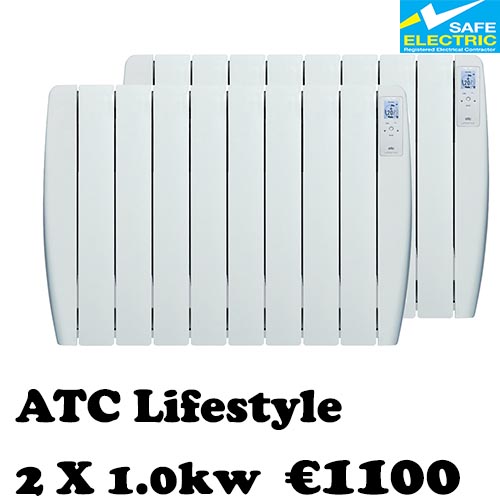 At www.storage-heater.ie we know when storage heater can’t be repaired and your existing heater is just too old to be safely fixed, or is not suitable for todays particular needs. If this is the case, with our set price services in Dublin we are here to make it simple and more affordable to replace your existing heater with an efficient new one. We will supply a new heater with one of our Dublin based RECI electricians to connected it safely as well as removing your old storage heater all for a affordable set prices. We understand that unfortunately a repair service isn’t always a good option as not all storage heaters are repairable or salvageable, some may be too old to be safely repaired and re-used, or may be inefficient and not suitable for your home or office needs. Fortunately, we are here to help make it easier and more economic for you to replace your old or existing storage heating system with a new more efficient one. We have experience in dealing with all makes, models and brands of electric storage heater, and we are happy to help you replace your existing storage heater with a brand new one that better suits your needs and budget.

We can supply and install a new heater for you as well as removing your old storage heater. We can also help you learn how to use the features and functions of your new product to help ensure maximum efficiency. We provide efficient and economic heating solutions for all types of commercial and domestic properties of all sizes. At Www.storage-heater.ie we can help you design your new heating system and we provide a competent, efficient and value for money installation service installing only new and top of the range parts. Tip – did you know, storage heaters are now available in slimline designs and in a variety of different colours too. Always make sure you use a RECI registered and certified, fully qualified electrician for your installation. Call us now to speak with one of our team who will be happy to advise you on the best replacement storage heater for you. If your storage heater is less than 10 years old you should firstly check and service it to improve its performance rather than replace it outright. The within elements and thermostats usually have a life span of 6-8 years and a faulty thermostat or element may just need replacing.

NO HEAT
CALL STORAGE-HEATER.IE
OUR ELECTRICAN CALLS OUT
YOUR HEATER REPLACED

Our team of electricians have worked on Dimplex heaters for years and are experts at fault finding and replacement. If you find you heater has total malfunctioned and needs replacement our team will measure you home for the most efficient heater.

All of parts are stocked from local Dublin suppliers so you don't have to wait more then 24hrs for a repair or replacement, all of our technicians also carry a fully stocked van so most repairs are done then and there.

When your heater gets to old to work efficient or is not safe to repair you should think about getting your heater replaced, not only will your electric bill go down but also keep your home safe .

MY STORAGE HEATER IS QUITE OLD, SHOULD I REPLACE IT?

Storage heaters typically have a long life span and can last up to 40 years. The elements and/or thermostat will probably need replacing every 6 to 8 years. You may have a simple fault with your heater and could save yourself money on a replacement by having a repair carried out, it could be a loose connection, faulty circuit breaker or switch. Our fully qualified engineers will carry out circuit checks and trace the faulty component. They can also measure resistance to see if there are any failed elements. You could save yourself some money by calling one of our qualified technicians to repair your heater on the spot rather than replace it.If you are still thinking about a replacement, we can install all types of electric storage heating for you. Have a look at our pages on Ecoelectricheaters.ie for the best available deals

The main advantage of storage heaters is that they can be cheaper to run, if set up and installed correctly, compared to other types of electrical heating. The newer, automatic generation of storage heaters now come with a built-in thermostat which allows for the release of heat, as and when it is needed, depending on the external temperature. This could mean you save on your electric bills, as you may use less energy when heating your house in comparison to older models. Storage heaters are extremely quiet , even those with an inbuilt fan and easy to maintain.

As storage heaters run off electricity, and rates have increased over the last couple of years in comparison to gas, they can be more expensive to run than gas central heating. They are typically only found in households that are situated in high rise buildings or those that are not on the national gas grid. There can be a fair amount of heat and energy wastage. With the older models excess heat is stored and released the following day, even if it is a warm and the heat is not required. This can lead to overheated rooms, but by the evening, much of the stored heat has been released, when in fact this is usually when most people want to increase the heat output.

Lot 20 is the name given to a certain subdivision of items covered by the European Ecodesign Directive. I’m sure that would be really useful information if you know what that is but since you’re reading this blog I’ll assume that you don’t. And why would you? It’s not on the news all that much and even if it was it doesn’t exactly have the type of name to stick in your memory – I told you there were no fun acronyms here. We’ll refer to it as the Ecodesign Directive from hereonin for lack of something flashier. The Ecodesign Directive exists to set a bunch of rules and requirements that all energy-using and energy-related products in the EU must comply with.

That covers pretty much everything that you can plug in, everything that pings, buzzes, lights up, or does a dance – your boiler, your dishwasher, your lightbulbs. Their job with these pinging, dancing, energy-using consumer items it essentially to create a baseline of energy efficiency below which they can no longer be manufactured. That old Nokia you had back in your school days which charged for 20 hours and stayed alive just long enough for a single game of snake? By modern standards that would constitute a drain on European energy generation and the Ecodesign Directive would be having none of it.

Because of the enormous scope of the Ecodesign Directives remit they separate legislation in to ‘lots’. Lots and lots of lots (classic EU energy legislation humour). Lot 20 covers the wide spectrum of local space heaters, which includes storage heaters, electric radiators, infrared heating panels, underfloor heating and a few other bits and bobs along those lines. What does Lot 20 say?

Lot 20 states the new minimum efficiency rating for all local space heaters, although confusingly this varies somewhat depending on the system they use to work. The efficiency is calculated based on the energy saving technology utilised by the product, so a low scoring heater could be an old style low budget storage heater with basic dial controls and inaccurate internal mechanical thermostat. Effectively Lot 20 is attempting to take a step away from manually and fallibly controlled temperature regulation and towards smarter systems.

Most electric heaters will begin with a baseline rating of 30% efficiency, though ‘fixed electric’ heaters such as infrared and electric radiators will be set at a 38% minimum. Portable electric space heaters, and storage heaters below 250w also have different specifications. While products falling below these minimum standards can still be sold, they’re no longer permitted to be manufactured. This will ensure that people are not longer buying the lowest performing electric heating, but rather investing in technologies like infrared and smart thermostats that use less energy more effectively with lower running costs.